I have been resisting uploading the few Red Action bulletins and newspapers I have because they will shortly all be uploaded to the new Red Action website. However, after meeting some members of Revolutionära Fronten (Revolutionary Front) a Swedish organisation which is heavily influenced by Red Action and the Independent Working Class Association.

I promised that I would upload some of the Red Action bulletin editions so they can wet their appetite before the whole collection is released.

If anyone has any other Red Action pamphlets or material please get in touch at: antifascistarchive@gmail.com. I can pay for postage and return the items in the same condition you sent them. 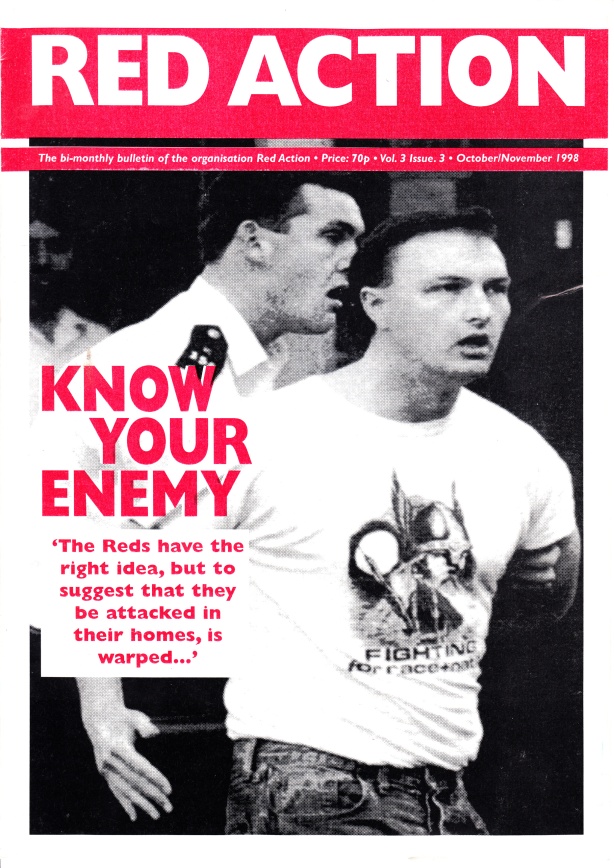 I have uploaded two early Red Action pamphlets. Both are extremely interesting and tell the origin and the history of Red Action.

Thanks to Kebele Community Co-Operative for these.